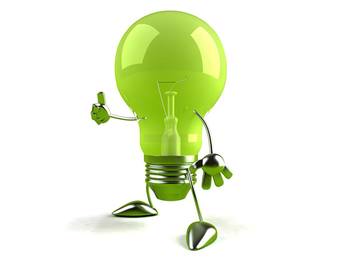 The most advanced technologies in the lighting industry are solar energy and LED. However, with the EU and the United States launching double investigations on Chinese-made solar products, the radiance of solar energy has gradually become bleak. Due to its features of energy saving, environmental protection, long life, etc., LED has set off another revolution in the lighting industry. It is in line with the national energy conservation and environmental protection industrial policy and has received strong support from local governments. It has also attracted influx of capital from different sources.

As the country's major lighting production and export area, Ningbo exported a total of 19,639 batches of lamps and lamps worth 482 million US dollars in the first four months of this year, an increase of 15.78% and 6.64% year-on-year, respectively. The growth rate has slowed down. Carefully analyzing the data, the export batches and value of LED lamps increased by 46.94% year-on-year and 23.13% year-on-year, respectively. The effect of pulling up the overall growth of lamps and lanterns can not be ignored, presenting a thriving trend.

The future is bright

Cixi, the hometown of lamps and lanterns, talked about the lighting industry, we must mention Ningbo Wei Yite Lighting Appliance Co., Ltd., the company is the largest local production of three anti-lights, with an annual output of 3.5 million three anti-light, last year's annual output value breakthrough 200 million yuan mark. â€œOur company originally produced fluorescent tri-proof lights. Because LED lamps have the advantages of long life, high luminous efficiency, and low power consumption, compared with traditional fluorescent lamps, the energy-saving efficiency is more than 70%, and at the same brightness, the power consumption The amount is only 50% of fluorescent lamps.We have seen this trend and invested human and material resources in the research and development of related products in previous years.At present, the companyâ€™s LED tri-proof lamp has passed relevant certification, and orders received have been discharged. For half a year, it is estimated that LED products will account for half of the company's annual production value.â€ Sun Jiguo, general manager of the company, is optimistically expected.

In addition to significant energy-saving effects, environmental pollution-free is another major feature of LED lighting products. LED lighting products use high-brightness white light-emitting diodes, no ultraviolet and infrared light in the spectrum, low heat, no flicker, no radiation. Unlike fluorescent lamps, which have the drawback of contaminating the environment with fluorescent powders and other compounds, they are green products.

In fact, in the increasingly tense energy supply and the increasingly popular concept of green environmental protection, governments around the world have successively introduced a series of policies to directly or indirectly promote the development of the LED industry. â€œOur company's customers are mainly concentrated in the developed countries of Europe, the United States, Japan and Australia. In the next few years these countries will gradually stop producing and selling incandescent and fluorescent products. In these developed country markets, LED products will enter a rapid growth period. Sun Jiguo asserted.

The road is tortuous

Although LED has excellent performance and good development trend, but due to the lack of standards or imperfect, a considerable part of the export of LED lighting products, there are security risks, quality is uneven. In the first quarter of this year, the unqualified rate of detection of LED lighting products accepted by electric laboratories reached 37%. Unqualified items included safety signs, protection against electric shock, electric strength, and mechanical strength. The quality was not optimistic. .

At the same time, foreign technical trade measures for LED lighting products have become increasingly strict. The European Union's Rapid Alert System for Non-Food Products (RAPEX) notified LED products. In particular, last year, there have been repeated recalls of domestic LED lamps. According to statistics, in 2012, the EU RAPEX informed China that there were 38 LED products. The number of notifications in the first quarter of this year increased by 200% year-on-year.

"If the notification and recall are foreign, then the internal and external factors such as the increase in artificial prices and raw materials, appreciation of the renminbi, etc. will have a greater impact." Another well-known lighting company in Ningbo, Tu Weiqin, chairman of Ningbo Jieyousheng Electric Co., Ltd., said with worries After the international financial crisis in 2008, after the international financial crisis, the external demand was weak, and the cost of labor continued to rise. The prices of major raw materials such as copper and aluminum increased several times, but the price of the product never rose. It was originally a Boli product, and there was little care in management. , A single business down it is possible to lose money. "At present, the LED industry chain is divided into upstream chip, midstream packaging and downstream applications in three areas, of which the upstream chip area accounts for half of the profits, greatly squeezing the profitability of downstream applications, At present, most of the LED companies in Ningbo are concentrated in downstream matching, assembly, and other applications, and they are now processing workshops for foreign brands.

You have me on the road

Is it always a "processing workshop" for foreign brands? The answer is of course negative. Strong entrepreneurial spirit has prompted local lighting companies to strive to climb upstream and downstream from the value chain. At present, some powerful companies have begun to enter the mid-range packaging field.

Jieyousheng Electric Co., Ltd. just completed the transformation of the workshop and invested several million yuan to build a clean room for LED driver packaging. Also re-purchased more than 100,000 yuan of testing equipment, dedicated to the performance test of LED products. â€œIn order to get rid of the situation of working for foreign customers, we undertook the upgrade of the hardware under the original capital. Now everything is ready and we just owe it to the east.â€ Chairman Tu Weiqin said with hope. The Dongfeng that he said was referring to software, that is, LED-related technical standards.

In February 2011, the International Standard for Safety Requirements for Self-Balancing LED Lamps of 50V for General Lighting (IEC 62560:2011) was officially announced. The European Union also adopted this standard as the safety standard for self-ballasted LED lamps. In order to enable related companies to adapt to the requirements of the new standards as soon as possible, Ningbo Inspection and Quarantine Bureau immediately organized technical personnel to conduct in-depth research on the standards and to interpret the contents and requirements of the new standards for technical personnel of enterprises by holding technical training courses. At the same time, it actively helped enterprises to strengthen communication and cooperation with electrical laboratories and paved the way for early EU CE and GS certification.

In response to the various safety issues detected during the inspection, the Ningbo Bureau held a seminar on inspection requirements for LED lighting products. More than 100 LED manufacturers participated in the inspection. For items that are easily overlooked by production companies but have a major impact on product safety, such as heat-resistant and flame-resistant insulation materials, key interpretations will be made. The easy-to-understand, pragmatic and efficient explanation won the appraisal of the manufacturing enterprises in the area and greatly improved the export quality of LED lighting products in the Ningbo area.

The Ningbo Bureau will promptly launch policies, regulations, technology, information and other services when it is most needed by the enterprises. It will actively guide the lighting companies in the area to strengthen technological innovation and research and development of new products, accelerate the adjustment of product structure, and take the path of innovation and development. Businesses deeply feel that they are not alone in the process of transformation and upgrading.

LED lighting refers to a lighting product that emits visible light through complex photoelectric conversion using a semiconductor chip as a light emitting material. Energy saving is a major feature of LED lamps. The brightness emitted by a 2-watt LED lamp is equal to the brightness of a 15-watt energy-saving lamp. If compared with an incandescent lamp, its advantage is more obvious. A 2-watt LED lamp At least 40 watts equivalent to incandescent lamps. The other advantages of LED lights are also quite obvious. The first is environmental protection, there are no disadvantages of phosphors and other compounds polluting the environment; the second is that its long service life, the current domestic energy-saving lamp life is good from 1 to 3000 hours, while the LED lamp's life is 3 More than 10,000 hours; the third is the role of eye protection, general indoor lighting are using alternating current, more or less strobe, the long run is likely to cause eye fatigue, and LED lamps are alternating current into DC and then light, no flash. Because of these significant features, LED lights have become a hot spot for the development of lighting fixtures at home and abroad.