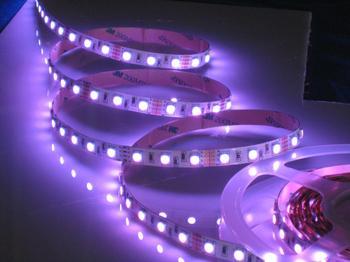 Benefited from the accelerated transfer of the backlight industry chain and the start of LED lighting demand, the LED industry ushered in a new round of boom cycle. Along with the general trend of LED lighting, in mid-2013 lighting companies at home and abroad began to seize the market through price wars. The price war of products will further stimulate demand, favoring the upper-middle package and chip companies.

In April, the LED industry entered the backlight season. At the same time, the continuous decline in LED lighting prices led to the start of lighting demand. The revenue of LED companies in Taiwan increased by 10%. The current capacity utilization rate of Jingdian has exceeded 90%, and some LED chips for lighting use The visibility of orders has reached the third quarter.

With the mainstream of LED lighting chips turning into mid-power products and the introduction of new packaging forms, leading companies in the chip and packaging sectors performed significantly better than SMEs, including the three major chip plants in Jingdian, Guanglei and Fuyuan in April. 7.7%, the remaining chip plant sales in April fell 21.2% year-on-year; Yiguang, Lunda, Dongbei three packaging plants in April revenue growth of 33.6%, 47.3% and 41.8%, also far better than the industry average.

In the first quarter of 2013, Philips Lighting achieved sales of 1.975 billion Euros, of which LED lighting business revenue was approximately 445 million Euros, which maintained a high growth rate of around 38% year-on-year, accounting for 22.5% of the lighting revenue. It was learned that Philips' purchasing department has raised the year-round Purchasing goals.

The bottleneck of short-term production capacity of the packaging companies, profitability rebound From the overseas LED lighting equipment inventory in the fourth quarter of 2012, the domestic LED industry climate began to warm, in the first quarter of 2013 6 LED packaging business revenue increased by 30% year-on-year, gross margin continued Slightly rebounded to 26.22%; we LED packaging companies benefit from the LED backlight industry transfer and LED lighting demand start, usher in the best period.

In 2012, the only companies that entered the domestic TV backlight supply chain were Ruifeng Optoelectronics and Dongshan Precision, and with the improvement of the technical quality of domestic packaging companies, they began to fully enter the TV backlight supply chain, Wanrun Technology, Jufei Optoelectronics, and China Star Optronics. Large-size LED backlight devices began to take off, while domestic TV manufacturers such as Skyworth and Hisense began to consider raising the domestic procurement ratio of LED backlight devices in 2013.

The continuous drop in LED prices has led to the start of overseas demand. Some orders for lighting companies have been seen until the end of the third quarter. We believe that orders for LED lighting companies currently represent overseas demand and domestic stockpiling, in order to capture the LED lighting market. The market price war begins. Following Samsungâ€™s announcement of a US$15 replacement 60-watt LED bulb and Creeâ€™s launch of a US$10 40-watt replacement LED bulb, Osram announced that it will launch a LED bulb below EUR 10 in Europe in June. , And the domestic 2-line lighting brand similar LED bulb lamp has fallen below 30 yuan;

In addition to the domestic enterprises in the encapsulation sector that began to erode the share of Taiwanese companies, the trend of chip purchases turning to domestic leading enterprises has become more apparent. According to feedback from downstream companies, in addition to high-brightness LED chips required for some high-end applications, whether it is lighting, display or LED Backlights have all turned to domestic companies with higher cost performance. Sanan Optoelectronics' gross margin in the first quarter increased by 3% compared with the second half of 2012.