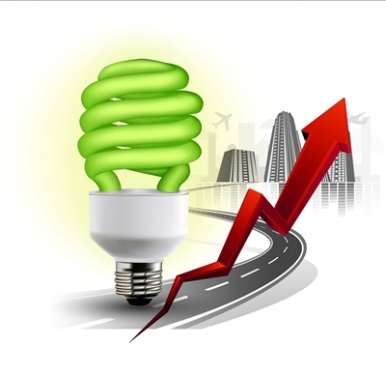 However, behind the subsidies and price cuts, it is difficult to conceal the serious overcapacity status of the LED industry, which has caused our concerns. As a strategic emerging industry, since the development of LED, there has never been a lack of government subsidies, policy subsidies one by one, and everything from upstream equipment to downstream applications. Not long ago, after LED was included in the list of government procurement, the National Development and Reform Commission and the Ministry of Science and Technology recently released the "Semiconductor Lighting Energy-saving Industry Plan", saying that it will gradually increase financial subsidies to promote LED lighting products and promote the demonstration of LED products.

However, the governmentâ€™s large amount of subsidies has not been used for technical R&D and industrial development. LEDâ€™s core technology is still in the hands of large companies such as Japan, Germany, and the United States. Blind industrial expansion and low-end development have caused serious problems in the domestic LED industry today. Overcapacity situation. The data shows that the growth rate of China's LED industry reached 34% in 2012, indicating that the market growth rate remains at a relatively high level. However, the entire LED industry's capacity expansion is much faster than the scale of growth. Intense price competition has led to a burst of chill in the entire LED industry. What is even more worrying is that in the two days, two LED listed companies Sanan Optoelectronics and Qinshang Optoelectronics respectively broke news that was suspected of fraudulently. In the face of serious overcapacity in the LED industry and the status quo of enterprise development, LED will not become the next A photovoltaic? How can I avoid LED becoming the next PV?

Recently, major LED companies released the 2012 annual report, showing that the entire industry performance is generally sluggish. The industry predicts that the structural overcapacity of the LED industry will continue in 2013, and relevant companies will continue to reduce their inventory and gain market share through price cuts. One of the dilemmas in the development of the photovoltaic industry is serious overcapacity, but Han Xiaoping, special commentator of the Voice of Economy and chief information officer of China Energy Network, said that it is unlikely that LEDs will run into problems like photovoltaics.

Han Xiaoping: The problem of photovoltaic output is mainly in two aspects. First, the domestic market has not started up. Second, local governments have directly participated in investment, leading to the current problems. LED industry basically has few local government direct investment, the relative threshold is relatively low, mainly is the private enterprise, another policy has already promoted the LED light's market to start gradually, therefore is unlikely to meet the embarrassing situation like the photovoltaic. But so far, the LED industry has faced great difficulties. When an industry has just started, market acceptance has not yet been established, and it has not formed a certain amount of production capacity. Its development depends more on the policy level, and the policy on light sources in other regions. There is no necessary suppression, and LED may produce repression.

There are also views that the LED industry is a sunrise industry. This year will be the winter of industrial development, but it will improve in 2014. Han Xiaoping believes that now LED's price competitive advantage has been gradually established, with the integration of the market, the future sales system will also be established.

Han Xiaoping: There are several major breakthroughs in the LED industry. First, the price competitive advantage of the product is gradually established. The price of the product is reduced, and it can compete with general fluorescent lamps or energy-saving lamps. In addition, the people have a certain understanding of LED lights. If it can be combined with the market as soon as possible, sales can be gradually established.

At present, the core technology of the LED industry is still in the hands of large companies such as Japan, Germany, and the United States. China's LED industry has always been a low-end development, which is actually the biggest bottleneck in the development of the domestic LED industry. Han Xiaoping said that in fact, China has started to build chip production lines for enterprises, and the products also have their own characteristics.

Han Xiaoping: Most of the LED industry in China is a private enterprise. With limited capital, they are more willing to do those things that have less investment and quick results. They are made of LED bulbs and imported chips to make light bulbs. The investment in chips is relatively large. The cycle is relatively long, which has led many private enterprises to fail to enter this industry. Now that some state-owned enterprises and powerful private enterprises have begun to build chip production lines, there is not a complete breakthrough in technology. Now, some of our products still have their own characteristics and have their own patents. Moreover, the advantages of LED lamps are that light can be adjusted and the relative flexibility of adjustment is wider than other fluorescent lamps and incandescent lamps. If they are closer to the market in the future, they can meet the direct demands of customers, and its market share of products will continue to increase, and the market is global. of. China's production capacity has been established. With the efforts of energy saving and emission reduction all over the world, the output will continue to increase, the market will continue to increase, and there will be a very large market in the future.

Han Xiaoping said that as early as 2008, the LED industry has begun to integrate. In the initial stage of the industry, the participation of more companies is also a good thing for this industry.

Han Xiaoping: After the crisis in 2008, the industry has begun to integrate. There are thousands of LED companies in the Dongguan area and there are still hundreds of them. In the process of integration, as the market continues to improve, the intensity of integration will continue to increase, and eventually some good companies will emerge. In fact, in the initial stage of an industry, there are enough competitors to be good. Because there are only enough competitors, everybody will do everything possible to find ways to reduce costs and improve processes, while improving product quality and increasing product variety. In this process, if more and more companies participate, it must be a good thing for the industry.

LED has always been the focus of government support. In this regard, people's controversy is relatively large. Is it really a good thing for the government to increase subsidies? What kind of tangible measures should be taken to get the industry out of the winter?

Han Xiaoping: When the government directly subsidized the photovoltaic industry, it led to the emergence of problems. If LED continues to adopt this idea, the LED abroad will face great double back pressure in the future. Now the government is making better use of LEDs, first of all to make energy-saving and emission-reduction better; in addition, the government must also create a policy environment space, and must have restraint policies for those polluted lamps, and do a good job of recycling the industry chain so that each company can sell light bulbs. When you pay the cost. The so-called fluorescent lamps and energy-saving lamps have their daily space suppressed, and truly energy-efficient, efficient, non-polluting LED lamps will have a large market. Therefore, the key for the government is to study where it should be supported. What's more important is to change the impulse to pursue GDP in the past decade, and to take the construction of beautiful China and the construction of ecological Beijing as the guidelines in all work.

Brushless permanent magnet motors with low inertia rotors are used in high-performance servo applications such as machine tools or pick and place applications where fast, precise movements are required, and motors with high inertia rotors (and high pole-numbers) suit low-speed applications such as gearless lift systems.
The performance characteristics of these drives are summarized below:
They have excellent dynamic performance at speeds down to standstill when position feedback is used.
For precision positioning the position feedback must define the absolute position uniquely within an electrical revolution of the motor. This can be provided with a position sensor or alternatively a sensorless scheme can be used. The performance of a sensorless scheme will be lower than when a position sensor is used.
Field weakening of permanent magnet motors is possible to extend their speed range, but this requires additional motor current, and so the motor becomes less efficient in the field weakening range. This form of control also increases the rotor losses and raises the temperature of the magnet material, thereby increasing the risk of demagnetization. Care is also needed in such applications to avoid overvoltage at the motor and drive terminals in the event of a loss of control: at high speeds, the open-circuit voltage will exceed the rated value.
Brushless permanent magnet motors exhibit an effect called cogging that results in torque ripple. It is caused by magnetic reluctance forces acting mainly in the teeth of the stator, and can be minimized by good motor design, but can still be a problem in sensitive applications.
Brushless permanent magnet motors can be very efficient as the rotor losses are very small.