With the rapid development of wireless communication services, the radio spectrum in the air is becoming more and more crowded, and the utilization of wireless spectrum is receiving more and more attention. Classical binary offset keying, spectrum utilization is very low, and the comprehensive performance of 2-PSK (BPSK), spectrum utilization is also only 1 bps / Hz at most. Although the spectrum can be improved by increasing the number of constellation points in the signal space. Utilization (such as multi-level quadrature amplitude phase modulation M-QAM and multi-phase shift keying modulation M-PSK), but the processing is more complicated, and the required transmission power should be increased accordingly.

Compared with the above modulation method, Asymmetry Binary Shift Keying (ABSK) has great advantages, which use small waveform differences to separately modulate "0" and "1" symbols, so that modulation The signal energy is concentrated at the carrier frequency, and the signal bandwidth is greatly reduced, which meets the requirements of "ultra-narrowband" in the engineering sense.

At the same time, because the waveform difference between the "0" and "1" symbols is small, it is not difficult to demodulate the ABSK signal. Classical filtering theory and conventional filters are difficult to meet. Dr. HR Walker of the United States invented the so-called "zero group delay" crystal bandpass filter. Although it can realize the demodulation of ABSK signal, it is realized by using quartz crystal. Not only are reliability, stability, flexibility, and consistency poor, but digital integration is difficult. The domestic invention patent "Impact Filtering Method for Enhancing Asymmetric Binary Modulation Signal" breaks through the technical essence of zero-group delay quartz crystal filter, and realizes it with Infinite Impulse Response (IIR) digital filter technology to make ABSK efficient modulation. Technology is moving towards practicality. However, the filtered output response often has a long-term initial oscillation, which causes a waste of transmission time and transmission energy, and is particularly important for power consumption, such as power line carrier communication, burst communication, and the like, which require extremely high transmission efficiency. Wireless sensor networks have a very negative impact. In this paper, the causes of the initial oscillation are analyzed, and an improved scheme for the impact filter to enter the steady state directly by the pre-training method is proposed. The initial oscillation is eliminated without changing the design and structure of the filter. The simulation results verify the theoretical analysis. Correctness.

The ABSK modulation is defined as follows:

According to the literature analysis of ABSK modulation, ABSK modulation has the following characteristics: high band utilization, equation (1) shows that the ABSK modulated signal waveform has a short-term phase and amplitude change at the beginning of the data "1". The rest are continuous sinusoidal waves, the energy is concentrated at the carrier frequency fc, the spectrum utilization rate is high; the anti-interference ability is strong; the complexity is low, and it can be realized digitally, which is the basis for the industrial application of the modulation; Wide range, modulation parameter Î¸ and modulation duty cycle Ï„ T can control the bandwidth of the modulated signal and the transmission code rate, and obtain different transmission performance under the same transmission power to adapt to different channel environments.

Based on the above characteristics, the application of ABSK signals has received more and more attention. The infinite impulse response (IIR) digital filter currently used for demodulation of ABSK signals consists of a pair of conjugate zeros and at least two pairs of conjugate poles. The signal carrier frequency is higher than the zero frequency but lower than all pole frequencies, and the zero point The frequency is close to the pole frequency, at least to the order of 10-3 of the signal carrier frequency. Thus, the filter can convert the phase change information of the ABSK modulated signal at the symbol "1" into a distinct and strong parasitic amplitude-modulated impact through the steep notch-frequency selection characteristic of the center of the passband, and output signal-to-noise ratio. Significantly improved, but there is no corresponding waveform impact at the symbol "0", as shown in Figure 1. Next, the filter output signal is subjected to conventional processing such as amplitude decision and bit synchronization, and the demodulation of the ABSK modulated signal can be simply realized.

2.1 Initial oscillation and its causes

The impulse filtering response of the ABSK modulated signal tends to have a long-term initial oscillation. In equation (1), fc = 10 MHz, A = B = 1, Î¸ = Ï€, K : N = 2: 40, Figure 2 shows The absolute value of the envelope of the impulse filter output response at 10 times the sampling frequency. The abscissa is time and the ordinate is amplitude. The AD segment in the figure is the oscillation period. During this time, the amplitude of the impact between the symbols is extremely fluctuating, and it is difficult to determine a suitable threshold for judgment. Therefore, in actual communication, these hundreds of symbols are often discarded to ensure reliability. For burst communication systems with small data packets, this waste of transmission time and energy is especially important.

Since the direct 2 structure of the impact filter is simpler than the direct 1 type structure, a direct 2 type structure is used for analysis, as shown in FIG. The â€œz-1â€ in the figure is a delay unit, which can be implemented in registers in hardware. 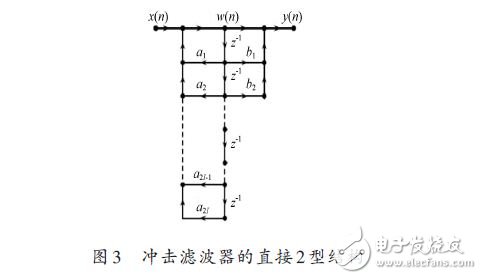 At this point, the impact filter output is: 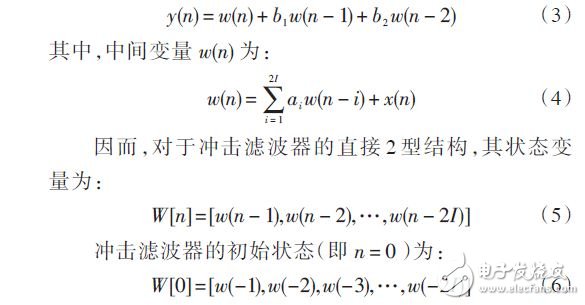 The actual communication system must be causal, so w( - 1), w( - 2), w( - 3), -, w( - 2I) These values â€‹â€‹do not exist, and they are customarily taken as 0. With the beginning of communication, the impact filter facilitates â€œself-adjustmentâ€ with the actual received ABSK signal, so that its state gradually â€œsteps on the trackâ€ and slowly approaches the value required for stable filtering. The filter also gradually enters a steady state. It is the process of the shock filter response from scratch and the adjustment of the filter state from the initial zero state to the steady state, which forms the oscillation period at the initial stage of the filter response.

The Touch Monitor is a product developed and designed by ourselves. It has been sold for more than 6 years and has exceeded 160,000 units. At present, it is running very well. It mainly customizes different touch technologies, different sizes, different interfaces, connecting cables and power supply parts to meet the needs of guests. We provide customers with the choice of Resistive Touch Screen, Capacitive Touch Screen, Infrared Touch Screen and nano touch foil, and customize various interfaces for customers, such as: VGA, DVI, HDMI, DP and so on. It is mainly used in banks, hospitals, government units, airports, railway stations, supermarkets, real estate and other places. 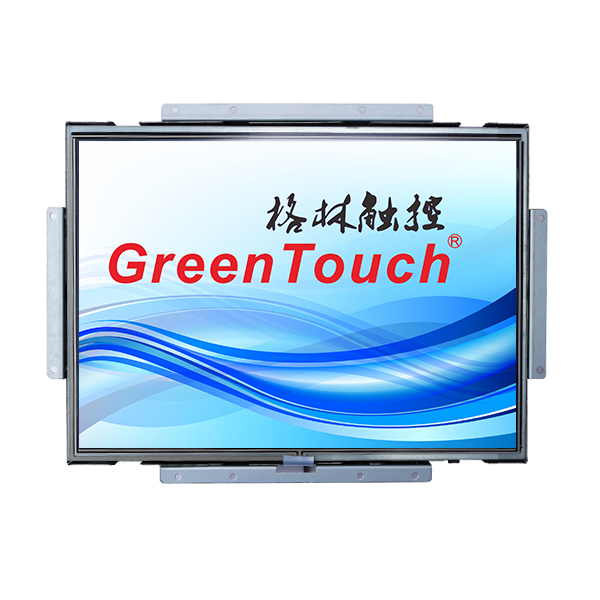 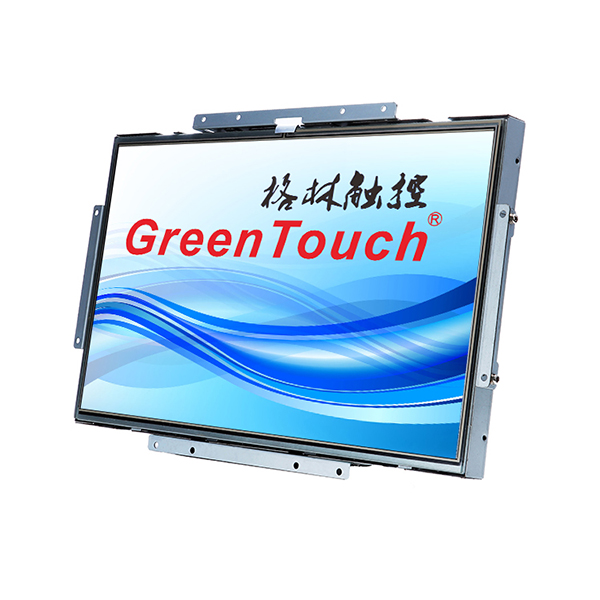 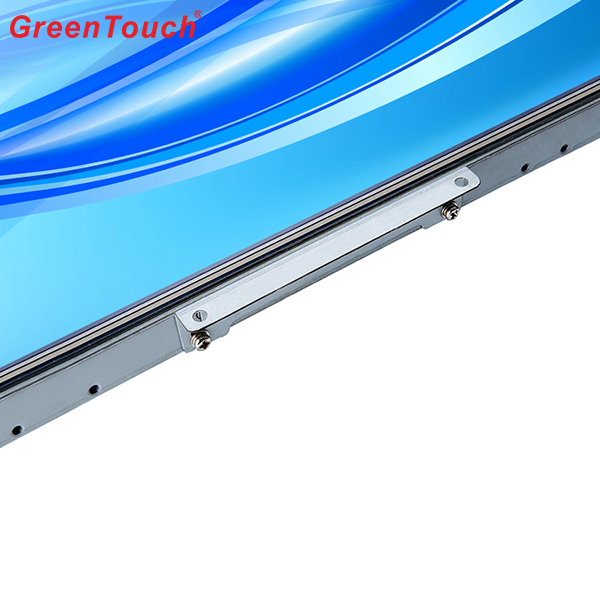 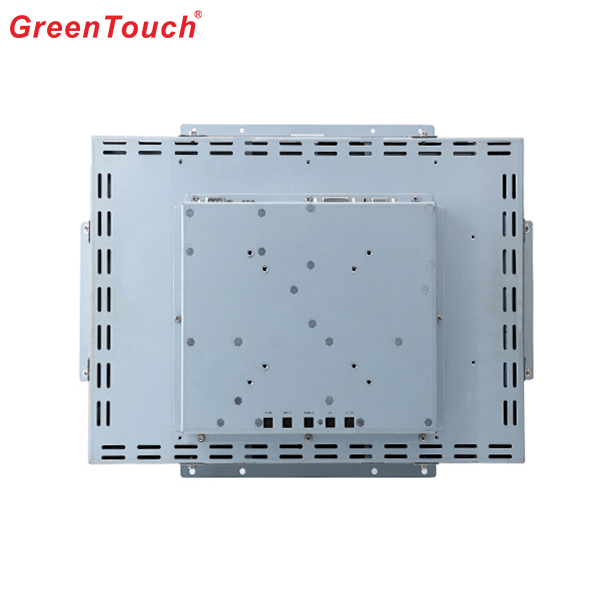