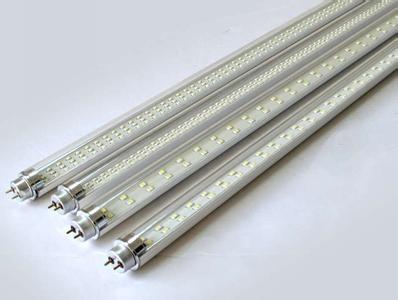 In a lighting company located in Beijing's South Third Ring Road, when a reporter asked whether a store owner had LED lighting sales, the owner of the last name was quite proud to announce that "the store only sells LED lamps." According to Mr. Wangâ€™s introduction, his shop never sells LED lights to selling LED lights. This 180-degree shift took only over a year. This change is precisely a true portrayal of LED lighting products that have rapidly "invaded" the terminal sales market.

Wang boss told reporters that at this time the year before last, the sale of LED products in this city of lamps and lanterns is still only some businesses to attract consumers. However, after just one year, no one shop has no LED products. And several of them are like him, and all the products sold in the store are replaced with LEDs.

Talking about this change, Mr. Wang said that LED products in previous years have not only high prices, low market awareness, but also no guarantee of quality. Although they claim long service life, they always have quality problems. There is no way to talk about it. In 2013, the price of LED products continued to decline. Which brand quality is reliable and which quality is not good, it also slowly explored the doorway. Looking at the sales momentum of LED, King Boss put all the products in the store two months ago. Replaced with LED products. Now "This shop only sells LED" has almost become a slogan of the boss of the king.

Corresponding to the boom in the end market is the rapid recovery in the production sector.

At this time last year, Zang Bo, deputy secretary-general of the National Semiconductor Lighting Engineering R&D and Industry Alliance (hereinafter referred to as â€œAllianceâ€), was still defending the excess capacity of the LED industry during the interview. â€œA high-speed development industry is appropriate. The excess production capacity is a normal phenomenon."

Just a year later, the LED industry basically bid farewell to the word "overcapacity." Zibo told reporters that although the statistics for the fourth quarter of 2013 have not yet come out, it is conservatively estimated that the industrial output value has also increased by more than 20% from last year. Over the past few years, due to the excessive development of the industry, there has been a problem of overcapacity, which has basically eased this year. The overall capacity utilization rate of the industry has increased from 50% last year to more than 90%. Especially in the upstream chip production segment, due to the high capital and technology it has deposited, the market is in a good position when the market is in a good position.

â€œThe previously accumulated production capacity has become a huge potential for production after the outbreak of market demand.â€ Zibo is very proud of his verification of the industry a year ago.

For the future of the LED industry, industry insiders generally believe that as the technology matures, LED lighting product prices are increasingly â€œgroundedâ€ and the industry will usher in structural opportunities. Ren Yuanhui, honorary director of the China Lighting Institute's indoor lighting committee, said: "At present, LED technology is becoming more and more mature, and the lifetime of LED lighting is generally 20,000 - 30,000 hours. Its price gradually approaches that of traditional lighting products. Consumers The acceptance level is getting higher and higher, and the LED lighting industry is currently recovering significantly."

Zibo believes that the current market price of LED products is not the same, brand channels are mixed, the quality needs to be further improved, the industry is facing depth adjustment. In the first half of 2013, the merger and closure of a number of LED companies was a concrete performance. The LED market is increasingly demanding, and many factors are testing the manufacturers' market capabilities. The question of where companies should go and whether the market will face a new round of reshuffling is a matter for major manufacturers to urgently consider.

Zibo also said that the low prices caused by overcapacity have stimulated the market, but they also made the company miserable. Even though the market started to pick up in 2013, most companies are hard to increase incrementally, and their net interest rates have dropped significantly. "How to seize the great opportunity for rapid growth in the market, adjust strategies, and solve the problems that have been plaguing the industry before, are the problems that LED companies will face in the next step."