In machine vision systems, obtaining a high-quality, processable image is crucial. The reason for the success of the system is to ensure good image quality and obvious features. The reason why a machine vision project fails is that most of the cases are caused by poor image quality and insignificant features. To ensure a good image, a suitable light source must be selected. 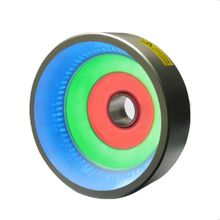 A good light source needs to be able to make the features you need to look very obvious. In addition to the camera being able to capture the part, a good light source should be able to produce maximum contrast, sufficient brightness, and insensitivity to changes in the position of the part. Once the light source is selected, the rest of the work will be much easier. The specific light source selection method also lies in the practical experience of the experiment.