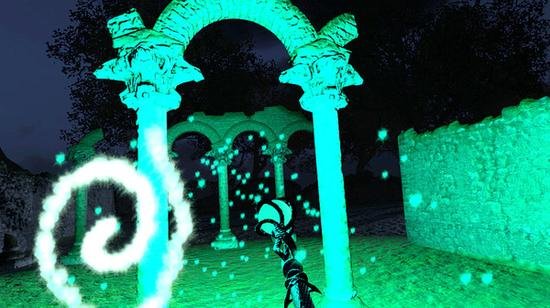 "Left-Hand Path" was designed by Hugh Hancock. The game itself is a role-playing game that requires spatial orientation. The VR game requires a play range of at least 2 meters x 1.5 meters. Players play wizards in the game, casting spells in a dark soul world. However, this game is not as easy as imagined, and even some players will feel very unfair.

At the beginning of the game, players will find themselves in a dark castle filled with dangerous monsters. There are many mysterious and complex magic gestures to learn, and there are unexpected dark and terrible secrets waiting for you to expose. "Left-Hand Path" is a game that needs space positioning. Players need to stand in the game and cannot sit down. They must use their entire body to perform magic, dodge enemy's attacks and explore the unknown world.