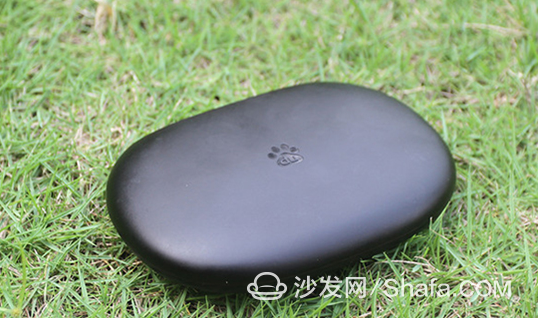 Baidu Shadow Stick 3S Skyworth Custom Edition Appearance
Interface configuration, and the ordinary version of Baidu 3S also has the same AV port, HDMI interface, cable interface, USB interface and power interface, will not be elaborated here.
Hardware Configuration
On the hardware side, Baidu's 3S Skyworth customized version uses the SOC of the amlogic S802. This SOC integrates a four-core Cortex-A9 CPU, clocked at up to 2.0GHz, and has good support for common video formats. In addition, the SOC integrates the Mali-450 eight-core graphics processor, which can support large-scale 3D game rendering at 4K resolution. The performance is very strong.
In addition, also equipped with 1G of DDR3 dual channel memory, 8GB of MLC flash memory, is regarded as the top configuration of the current Internet TV box. From the point of view of Ann Bunny's running, Baidu's 3S Skyworth custom version ran a high score of 30,637. Although the running points do not reflect the actual use of the equipment, they can still quantify the performance of the equipment to a large extent.

Baidu Shadow Stick 3S Skyworth Custom Edition Run sub-rank
UI design
This section of Baidu film stick 3S Skyworth custom version and the biggest difference between the ordinary version is the software part. Adopted Skyworth's highly acclaimed depth custom Sky UI, which is more in line with the habit of using large-screen TVs. The overall style of the UI interface adopts the popular large icon design in the current TV UI. The entire interface is divided into my, recommendation, classification, market, application, and setting of six tab pages. The switching between the tabs is very simple and takes good care. The interactive habits of the TV remote control.

Baidu Shadow Stick 3S Skyworth Custom Edition My Interface
Baidu Shadow Stick 3S Skyworth's recommended version of the customized version of the interface is mainly some of the user's personal drama information, including "history", "collection" and "chasing drama" and so on. In addition, there is a media center to manage storage space and external storage (such as U disk, etc.). As an additional service of Skyworth, the WeChat interaction function can be used for remote installation, remote control, and WeChat photo album. It is very practical.
After inserting the U disk, the media management option will be automatically ejected, eliminating the need to search for the media center in the main interface. Skyworth is very user-friendly in this regard.

Baidu shadow stick 3S Skyworth custom version recommended interface
The recommendation tab page is mainly recommended by various television dramas. You can also click on the "Favorites" function on the left side to view your viewing history, collection, or list of episodes.
The category tag carefully arranges the user's favorite content, including movies, 1080P, TV dramas, variety shows, animation, music, and education. Since Baidu's 3S Skyworth custom version uses the Mango TV license and film source, each category will be clicked to jump to the Mango TV interface.

Baidu Shadow Stick 3S Skyworth Custom Edition Market Interface
The market tag page is Skyworth's own application market. It integrates the popular recommended apps and games of Skyworth's numerous box users. You can directly go to the app market to find more, or view the recent download rankings, or you can check the application or game update. And perform search operations.

Baidu Shadow Stick 3S Skyworth Custom Edition About This Machine
The name of the device can be set on the local device, and the ADB mode can also be selected. Only when the ADB mode is enabled can remote installation and screen capture functions be performed. Skyworthâ€™s system defaults to this feature, and it is not necessary for ordinary users to open the device. Performing tedious operations is one of the humanized settings of Skyworth.
Other functions
In addition to video resources, Skyworth also provides us with many other useful features such as background changes, one-click optimization, weather forecasting, and more. It is worth mentioning that the Wechat interactive function

Baidu Shadow Stick 3S Skyworth Custom Edition Broadband Dialing
In addition, Skyworth has built a variety of practical apps, including broadband dialing, home hotspots, and more. Broadband dialing facilitates dial-up Internet access between users without routers at home, and home hotspots can directly change the customized version of Baidu 3D Skyworth into a small router to transmit WiFi signals for users to use.

Baidu Shadow Stick 3S Skyworth Custom Edition Shortcut Menu
In any main interface, pressing the directional keys in succession also brings up a shortcut menu. By default, there is one key to clean and network settings. After the external storage is connected, a U disk management will be added. A key optimization function will allow the box to clean up the memory and achieve the speedup effect.

Baidu Shadow Stick 3S Skyworth Custom Edition One-click Optimization
to sum up:
Baidu Shadow Stick 3S Skyworth Customization Edition has little difference in appearance and hardware from Baidu Shadow Stick 3S Normal Edition. This box is very powerful in hardware performance and has strong support for large-scale games. The Mango TV is still used as a partner in terms of license and content.
In terms of software UI, Skyworth's customized version chose to collaborate with Skyworth, using the Sky UI that Skyworth has customized and optimized for TV users. It is easy to operate, and in-depth research is based on user habits in many details, enabling users to easily relax. Get started. UI interface is exquisite and simple, easy to switch between multiple tabs, shortcut menus and other designs have the icing on the cake.
Compared to the UI of the original Baidu film stick, its main interface features less, and the search function is more tedious. This version of Skyworth's customized version has greatly improved in the UI interaction and better played out the Baidu film stick. 3S's powerful hardware performance is very worth looking forward to.