Skip to content
June 30, 2019
How much is the demand for MOCVD? In 2015, whether domestic MOCVD has the possibility of mass production, what kind of impact will it be caused by Taiwan-funded LED enterprises to enter the mainland, what is the situation of China's LED industry in the upper, middle and lower reaches, and what is the cost of LED lamps? Control, you will find the answer to the question at the closing ceremony of the 2010 LED Illumination China Tour and the 7th LED Industry Theme Summit held at the Shenzhen Golden Central Hotel on October 13th.

Zhang Jiaxian, R&D Director of Ruifeng Optoelectronics Co., Ltd. introduced the development trend of LED backlight and LED lighting devices. He pointed out that the improvement required for LED TV applications is: the solution of metamerism, the solution of heat dissipation, the improvement of light efficiency, and the optical design. And the improvement of light guiding materials, and the development trend of LED TV will be the reduction of the number of LEDs, and the corresponding single use power is increased; higher requirements are placed on LED devices and system heat dissipation; light guiding efficiency of light guide plates is improved; LED The increase in light efficiency has led to a rapid reduction in the cost of TV BACKLIGHT; the high power and modularization of LEDs have become a trend; the LED TV price war will break out in 2011~2012; the bottom backlight technology will eventually become inevitable; the fiber optic light guiding technology will become a solution for TED. One of the TV cost and color schemes.

Zhang Jiaxian proposed that the bottleneck of LED packaging in lighting is the improvement of light efficiency, the solution of heat dissipation, the distribution of phosphors, the development of high-reliability materials, high-power single-chip or multi-chip integration, cost, etc. The solution. 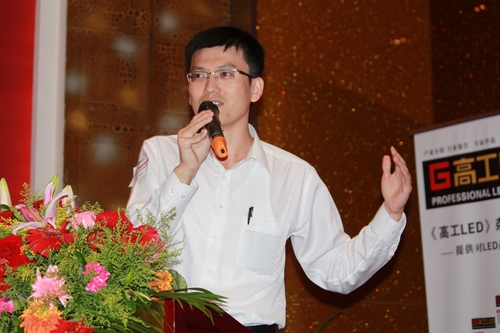