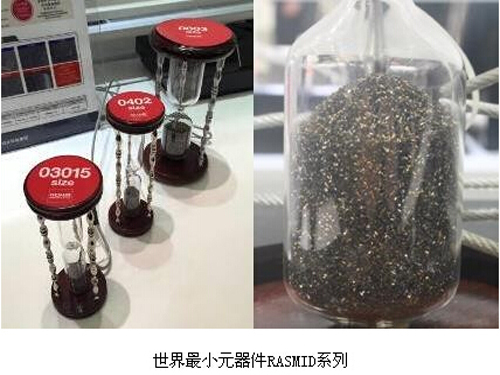 For the general public, the Internet and traditional hardware manufacturing are two fields that seem to have little intersection and seemingly contradictory, but semiconductors have perfectly combined the two. With the development of a century, numerous scientists and engineers have not only ripened the green semiconductor industry, but also greatly accelerated the speed of replacement and replacement of semiconductors; and semiconductors are ultimately attributable to the hardware manufacturing industry, without the help of factories and production lines. Therefore, to some extent, as the cornerstone of the current human scientific and technological civilization, the semiconductor industry has both the rapid iteration and high exposure of products in the Internet industry and the steady atmosphere of traditional hardware manufacturing and excellence.

However, we need to see that the cost of combining two advantages in one is expensive. Achieving rapid product upgrades in hardware manufacturing with extremely low fault-tolerance rates is inherently difficult to achieve. What's more, today, Moore's Law is on the verge of failure, and engineers may be faced with atomic-level technical issues. In the face of cruel reality, the advantages of dual identities do not allow for a bright future. Dim prospects have already started to urge semiconductor companies to rethink the direction of future development.

At this year's Shanghai Electronics Show in Munich, the author saw the thinking of the future of traditional semiconductor manufacturers at the ROHM Semiconductor booth.

ROHM is one of the largest component companies in Japan. Starting from the initial production of electronic components such as electrical resistance, after more than half a century of development, it has grown into a world-renowned semiconductor company. ROHM showcased 9 booths including analog power supply, power components, communication solutions, sensing solutions, technology integration, automotive electronics, LED intelligent lighting solutions, miniaturized technological innovations for discrete products, and ASSP/universal products. In addition to the traditional business areas, ROHM has attracted more eye-catching key components and technologies for emerging areas such as wearable devices and the Internet of Things.

Wearable products are a hot topic in recent years. In order to meet the requirement of being easy to wear and powerful, the miniaturization of electronic devices has become a major issue that semiconductor manufacturers cannot avoid. As a leader in miniaturized discrete device technology, ROHM showcased the latest product in the world's smallest component RASMID series, the world's smallest grade 03015 size chip resistor SMR003. Through the exclusive process technology development, a size of 0.3Ã—0.15 (mm) is realized, and the chip size accuracy is improved from Â±20 Î¼m to Â±10 Î¼m.

As the most important component of a wearable device, the "touch point" of smart life - the sensor is indispensable. Roma's wearable smart key exhibited at this time showcases the latest achievements of ROHM's sensors. It has many functions such as gesture control, activity metering, distance measurement, and metal monitoring. The design of the key also allows us to carry on the body or keychain to achieve step counting, record heat consumption and so on.

When it comes to wearable devices, you cannot but talk about the Internet of Things. The coexistence of multiple communication protocols has also added more possibilities for the development of the Internet of Things. The interconnection of all things and networking needs become a necessity. Communication technologies and related chip products have become an indispensable part of system design. It is generally believed in the industry that a variety of protocol standards adapted to different application needs, such as Wi-Fi, Bluetooth, ZigBee, etc., will still coexist in the near future. ROHM is ready for this. At this exhibition, a large number of new products have been introduced in various fields such as smart homes, smart communities and healthcare.

The increasing popularity of automobiles, electronic, intelligent, and networking has become the trend of automotive development. The global automotive electronics industry has also ushered in the golden period of development. With the continuous improvement of users' requirements for energy-saving and safety of automobiles, more and more ECU control units and vehicle-mounted appliances are being used in automobiles, and the demand for related power supplies and battery management products will also increase substantially. To this end, as one of ROHM's key application areas, at the Shanghai Electronics Show in Munich, ROHM also brought the latest power supply and battery management technologies and products for the automotive electronics industry.

At the exhibition, the product BD14000EFV-C displayed by ROHM integrated the functions required by the EDLC battery balancer into a single chip, which was the first in the industry. It is suitable for regenerative power storage systems for industrial equipment and construction machinery, power supply stabilization devices such as instantaneous stop devices and UPS, and regenerative power storage systems for EVs, HEVs, and idling vehicles. This product integrates the functions of the 4 to 6-cell EDLC battery balancer into one chip, using a shunt resistor that can be simply balanced. The BD14000EFV-C can be connected in series. When more than 8 power storage elements are connected, it is possible to connect multiple BD14000EFV-Cs in series, and built-in overvoltage detection and FLAG output functions. The detection voltage setting range is 2.4V to 3.1V, which is in line with the AEC-Q100 standard.

In addition, the competition in the semiconductor field has risen to the level of the ecosystem. Individual combat is no longer applicable to the cruel semiconductor market. It can be seen that more and more manufacturers actively seek more close interactions between upstream and downstream partners, hoping to strengthen their competitiveness through strong alliances. ROHM is also active in the establishment of industrial eco-chains. One of the major breakthroughs is ROHM and Intel's cooperation in the launch of the Architecture PMIC lineup for tablet PCs and ultrabooks. Not only that, our products such as Red Rice Note, Casa Imperial Refrigerator, Haier Washing Machine, Hisense TV, and State Grid Smart Meter have adopted Roma's sensors, diodes, microcontrollers, DC-DC converters and other products. .

It can be seen that in the face of Moore's Law and the fierce competition in the semiconductor market, ROHM Semiconductor can still find the most suitable development path through continuous breakthroughs in traditional fields and continuous innovation in emerging areas. Rom's traits may be the reason why the semiconductor industry is prosperous.

The best Solar Flood Lights offer you a sense of security in your home. They are one of the brightest options for outdoor lighting and are great for scaring away intruders.

When choosing the best solar flood light for your house or business pay attention to more than just how bright it is. The lights should be able to illuminate enough area but should also be energy-efficient and have good conversion rate of solar panel.

Solar powered lighting is an ideal choice for this type of security light because it won`t add to your extra electricity bills. Plus, they don`t require any wiring making installation much easier.

The current most popular choice for outdoor lighting is that of solar-powered LED flood light. Solar Powered Flood Lights can cover very large areas and are surprisingly effective, as well as affordable.

With the only expense being the purchase and installation of these lights â€“ and a minimum of occasional maintenance, solar flood lights are the way to go.

Another advantage of this clever design is that the flood lights have an automatic built-in dim mode. As people who uses these Solar powered LED Flood Lights, they can automatically and make full bright at the first few hour since they turned on, then it will become dark when people not often around during the late time like after 12-4am, finally, they turn back to full brightness mode for another hours.